Showing posts from March, 2014
Show all

March 29, 2014
Interesting research concerning running economy and muscle damage from researchers (and runners) at Georgia State:  http://www.ncbi.nlm.nih.gov/pubmed/24531437 Last year, a colleague and I tried to collect some pilot data assessing ankle jerk/patellar reflexes and running economy following a brutal eccentric workout (drop jumps and leg press). The reflex results were unclear and a broken treadmill threw a wrench into our running economy analysis... What implication(s) could this have for athletes? It would be wise to avoid muscle damage (downhill running, eccentric resistance training) in the 2-3 days before major competitions. Could cross training that elicits less muscle damage than running (cycling, elliptical, swimming) in the days immediately prior to a race increase running economy? Of course, if you have a race coming up that has a substantial amount of downhill, you may be able to attenuate some of the muscle damage that would be attained during the race by consistently
Post a Comment
Read more 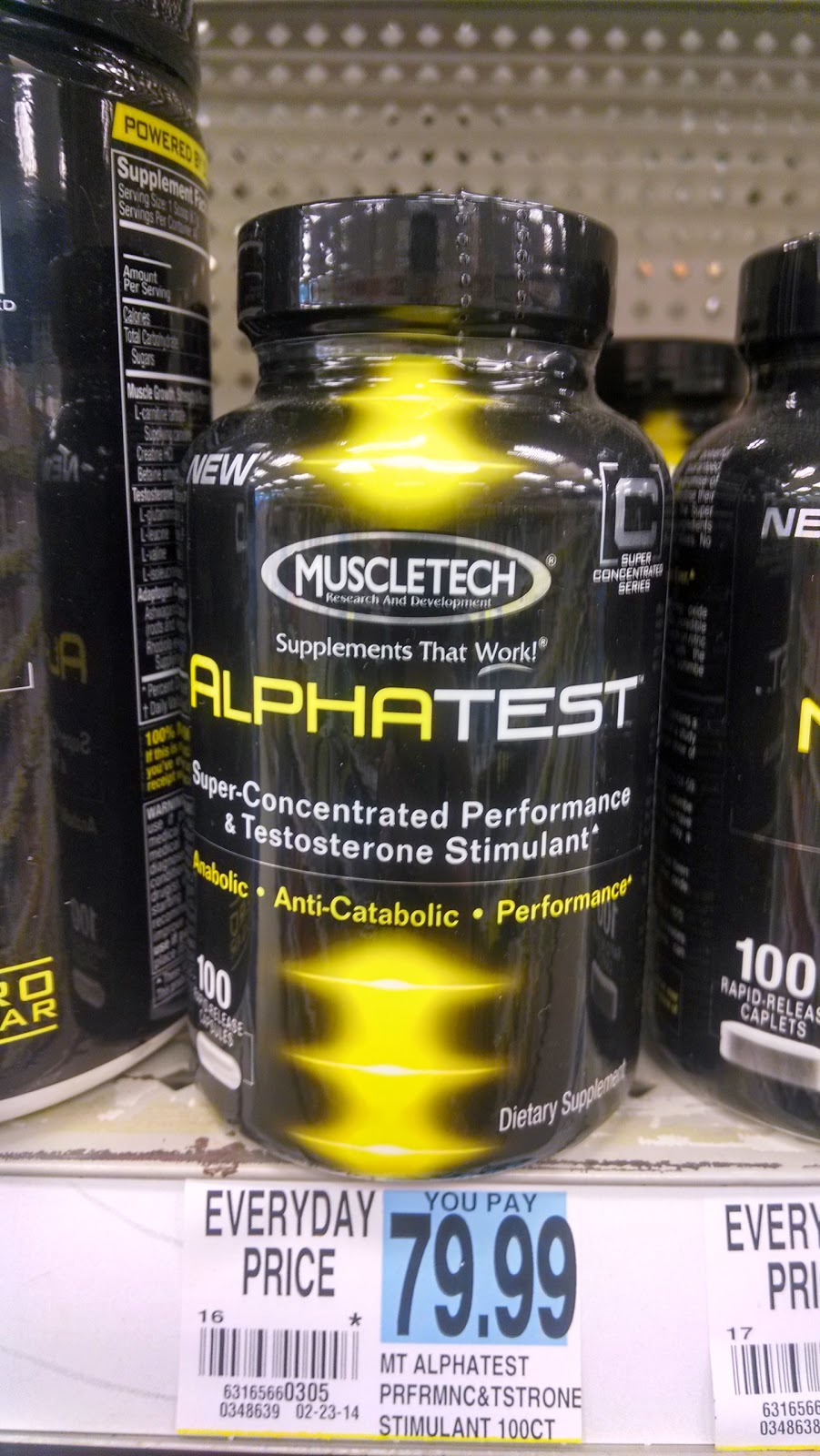 I was at Rite Aid yesterday picking up a few items and I happened to walk down the "Sports Nutrition" aisle. One product in particular caught my eye, in part, due to its outrageous price tag. Alphatest from Muscletech is supposedly a "Super-Concentrated Performance and Testosterone Stimulant." The bottle makes the claims, "Anabolic, Anti-Catabolic, Performance." Well first off, if something is anabolic, by nature, it has to be "anti-catabolic." These supplements always make me wonder... Who comes up with this stuff? It's like they have a list of 10 key words that they have to choose from to put on the bottle. For demonstration purposes only, I took photos of the product (shown below). I certainly do not endorse MuscleTech, and I cannot acknowledge any conflicts of interest. Looking past the ridiculous name, claims, and price tag; what do we actually have in Alphatest? Here again, we have to look beyond the bombastic rhetoric
Post a Comment
Read more

Run Training for the Multisport Athlete or Injury Prone Runner: Theory and Application

We've seen crossover fitness gains from cycling transfer to improved or maintained running performance in the past (White et al., 2003; Millet et al., 2003; Ruby et al., 1996; Etxebarria et al., 2013). So, I want to propose a method of training to maximize running performance for runners or multisport athletes who, for whatever reason, cannot handle high volumes of running. Most physiologists will agree that running performance is determined by the following three or four physiological factors: VO2max, lactate threshold, anaerobic capacity, and running economy (RE) (Midgley et al., 2007). Of course, psychology, motivation, and a central/peripheral governor may also play a role, but I want to focus solely on the trainable physiological factors. The Scenario:  An athlete is returning from a tibial stress fracture sustained during a high-mileage "base phase" in the month of December. This is the athlete's third tibial stress fracture in four years that can be attrib
Post a Comment
Read more
More posts